I have become enamored with Night Owl Workshop games. Especially Raiders of the Lost Artifacts. I have decided to rework some of my own pulp classes to fit with Raiders for a few more options. First up is the Martial Artist. 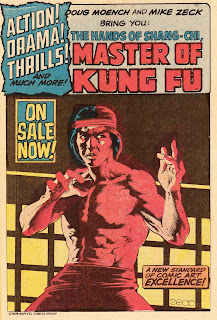 There are brawlers and then there are those who are on the next level in unarmed combat. Mercenaries are more likely to be better trained at ranged combat and can utilize heavier armor as well as having their role in coordinating bonuses to their allies. Martial Artists are hyper-focused on hand-to-hand fighting and are less skilled at unit tactics. 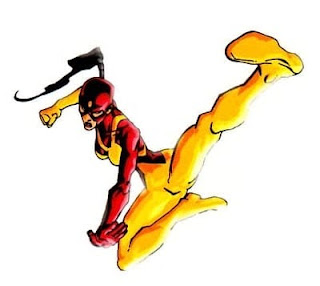 Unarmed Combat (Karate, Kung Fu, Boxing, Savate, etc)
The Martial Artist hits harder and more often with his natural weapons and is more difficult to hit in unarmed and melee combat due to his training or natural talents.

He gains a +1 to hit with Unarmed Attacks and an armor class bonus while engaged in unarmed and melee combat.

Combo
The Martial Artist can attack with two unarmed attacks per round with a penalty of -2 to hit with each attack. This ability can only be used with unarmed attacks. It cannot be mixed with a melee or ranged attack. Use normal two-weapon rules for those situations.

KO
The Martial Artist can fire off a powerful kick, chop, uppercut, etc to do extra damage in unarmed combat. The attack is made at a -2 penalty to hit. If successful the damage is doubled.

Second Wind
If the Martial Artist takes a full round to rest he can regain 1d4 hit points. He must do no other action in this round but rest. He cannot defend himself, move, etc. He receives no Dex or Martial Arts bonus. He can still receive a bonus from armor worn and from cover.

Optional Skills
If the optional skills system is used the Martial Artist is treated as the Mercenary. 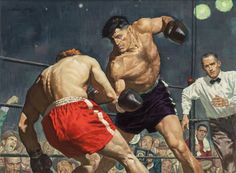 Posted by David Baymiller at 6:01 PM