Jerry Williams: here's the first one. I'll get to the second soon.

OA OSR Outline: Black Temple of the White Mountain
PC's: Level 8. Two ronin (a Duelist and Archer by class) and a peasant hunter (Scout.)
They are well known as mercenaries, adventurers, and treasure seekers hiring out to local lords for special missions too difficult or too distasteful for their clan honor.

It is Fall in a year of the early Edo period. The  PC's are wandering through Aki Province when they are summoned to the small manor house of a poor fief manage and his sons. The small Sonoki clan has a problem: a village near the fabled White Mountain is being raided. Men killed, women and children kidnapped, rice that would be used for taxes stolen.

The clan is already poor and understaffed: the majority of samurai from the clan has been summoned by the Daiymo of Aki to fight in a skirmish to the east. If these raids continue or spread further word might reach the Daiymo and the Sonoki's could be dissolved and their meager lands confiscated.
The rice must be recovered to add to the fief's taxes to the Daiymo.
As many people as possible must be recovered to work the fields for future crops and taxes.

The PC's are given this information and accept and offer of 150 ryo (gold) each for their services and their silence once the job is completed. They accept. The Sonoki's are honorable: if the PC's live and keep silent in the affair they will not betray their contract.

Thus the PC's head off towards the village of Kiko near the base of the White Mountain, 12 miles from the fief manor.

The PC's arrive a few hours later at the village. The 78 population village is surrounded by rice paddies and vegetable fields on the south, east, and west. To the north is rolling hills turning to forest and then the mountain looming above everything.

The village headman Isu and a popular farmer Hosimo meet the PC's in the town sqare next to the village shrine and stone Buddha. They are quickly invited into the headman's home for food and drink when they reveal why they have come. They also leave coins at the shrine seeking the Buddha's favor.


They gain the following info from Usi and Hosimo:

It is near dark and there are screams across the village: the Raiders have returned.
Waiting for them in the center of town the Duelist prepares his dotanuki (warsword) for combat. The Archer climbs atop a storehouse for a sniping position, and the scout hides in the alley between the store houses to backstab anyone he can.

Mitseru leaps from his horse in front of the Duellist and the two throw down a number of verbal threats before Mitseru attacks and a massive battle begins.

The fight is brutal.
During the course of the fight the Duelist kills Mitseru, Garuto, several footmen, and two horsemen all near the Stone Buddha shrine (which is broken by Garuto in a missed drop kick attack.)

On the roof of the storehouse the Archer fires methodically cutting down or wounding a number of foes across the town square. He aso smashes a cask of oil on  a horseman and his mount then lights them on fire with a paper lantern igniting both and causing the horse to bolt through the town with the flaming corpse on its burning back. (Between this and Mitseru's death many of the footmen flee from a bad morale check.) The two Sohei manage to make it to a ladder to the side of the storehouse and try to climb up. The Archer rolls a barrel of rain water onto the first Sohei who falls onto the second Sohei smashing both to the ground. The first is killed and the second is badly hurt. The Archer pins him to the ground with a war arrow killing him as  well.

The Scout backstabs Bo'San and goes one-on-one with his great axe versus the half-oni and his vicious tetsubo. The Scout is in bad shape before Bo'San realizes the others are dead or fled and he attempts to flee taking a parting arrow from the Archer in his calf. The Duelist and Scout  chase him down to the edge of the village, to the path in the hills north of the village, while the Archer recovers non-broken arrows. The Duelist and Scout cut the beast down in a bloody three way duel.

The PC's bind their wounds and accept medicinal healing from the Old Woman. They are given Isu's house to rest for the night as several days food (almost the last of the villagers supplies) are prepared for their journey. Cold weather clothing, blankets, ropes, hooks, etc are also prepared.

Night falls.
The PC's are sleeping soundly when the Scout is awoken to the noise of the house door sliding open. He awakens the others as two ninja enter the house. The Duelist waits for then to slide the bedroom door open before slicing through the rice paper killing both.

Outside ninja light the roof on fire as others break through the windows, the roof and the floor panels. The fight is bloody as the Duelist engages the ninja leader, dodging blinding powder and following him outside and almost onto caltrops and taking a poisoned shuriken to the arm. The two engage in a short but epic sword battle as a hidden ninja begins to pepper the Duelist with shuriken.

Inside the house the Archer and Scout kill the attacking ninja and flee out a window as the flaming roof collapses. The Scout heads round the house as the Archer runs into another ninja. The two begin to wrestle but the Archer prevails flinging the ninja through the flaming winow into the house inferno.

Meanwhile the Scout knocks out the last hidden ninja (the shuriken thrower) as the Duelist finishes off the leader, revealing him to be Hosimo, the highly regarded farmer who greeted them with the Headman.

Posted by David Baymiller at 3:44 PM No comments: 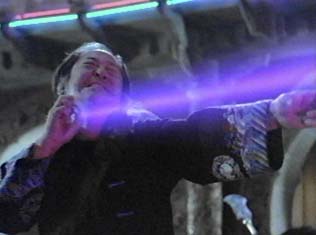 Spells
The Magician casts spells as a Magic User with the following changes...

The Magician can only cast spells via rituals.

The Magician receives a extra spell slot per spell level at each level of Magician. For Example: In Swords & Wizardry a  third level Magic User would have three 1st level spell slots and two 2nd level slots available. The  fourth level Magician has four 1st and three 2nd.

The Magician have a chance to cast spells of a higher level than he has spell slots for. The spell must be found via tome, scroll, teacher, or other source to obtain it. Study time is one week per spell level. At the end of this study time the Magician makes a roll of 10 + 1/2  level + Int bonus - the spells level, on a 1d20. If successful the spell is learned and can be cast as a ritual once daily. If failed the Magician must continue studying the spell for another week.
Only one spell at a time can be studied.

The Magician has the option of practicing Infernal Witchcraft.

Potions, Salves, and Charms
A Magician may work any spell known into a potion, salve, or charm.
Potions must be drunk, salves applied to skin, and charms hidden on or in the house of the target of the spell.

Spells which compel the target to obey the caster, such as Charm, work as if the person who gave the potion/salve/charm to the target were the caster to be obeyed.

Creation time is the same as for rituals and costs the daily spell slot of the spell used. The Magician can make a number of items equal to his level, and each has a shelf life equal to the Magician's level in days.

Bonus Languages
The Magician must master many languages both modern and archaic in his studies.
He receives twice the number of beginning languages and can save the extra language slots for use after character creation. With a proper guide or teacher he can learn a new language well enough in four weeks time to speak, read, and use it for studying. This can help save a spell slot which might otherwise be used for Read Magic. 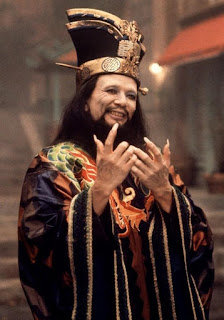 Spells
As a standard Magic User with the following additions:

The Sorcerer can cast ritual magic and can use the Folkloric and Infernal options.
The Sorcerer can attempt to cast spells of a higher level. The Sorcerer may add half his level rounded up to the casting roll.

Poisons
Given an hour of brew time, and the proper ingredients herbs such as human or animal parts, the Sorcerer can create virulent poisons. The poison can be ingested, contact, or injected as the Sorcerer desires. At first level the Sorcerer's poison does 1d6 hp damage and an extra 1d6 at levels 3, 9, 12, 15, and 18. The poison is insidious and slow; starting one hour after exposure it does 1d6 damage per hour until the available d6's of poison are used or the victim is dead. A Saving Throw is allowed during the initial 1d6 hp loss and if successful, all damage done is for half damage as the poison runs its course.

The Sorcerer can also make an antidote for the poison. When given it stops all damage.

Both poison and antidote have a shelf life of a number of days equal to the Sorcerer's  level.

Control the Dead
The Sorcerer can Speak with Dead as per the spell once per day at first level and one extra time daily at every fourth level.

The Sorcerer can Animate Dead as per the spell once per day at first level and one extra time daily at every fifth level. 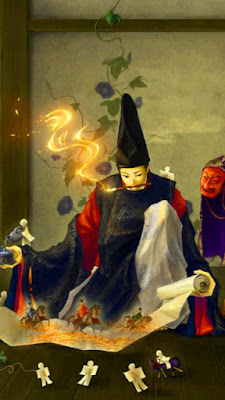 Posted by David Baymiller at 12:26 AM No comments: