The Brother: An OSR Class for Friars, non-Eastern Monks, etc.

I wanted a knowledge based non-magical clerical class for my Pirate/Renaissance and Dark Ages game, less reliant on magic as these settings are low magic. A class with a dash of natural healing, language, learned lore, and a few faith based abilities. What I envision as a stereotypical intelligent monk of the European flavor in popular culture. In a pure fantasy game this class could represent the cloistered branch of a cleric's religion, the hardworking and learned counterpart to the armored spell blessed warriors of the faith.

This class is in the vein of Brother Cadfael, William of Baskerville, etc. The 'detective' monk, an enlightened cleric with a talent for knowledge and information gathering.

We had a fun playtest with this one a while back. The player enjoyed the mix of learning and faith based abilities. 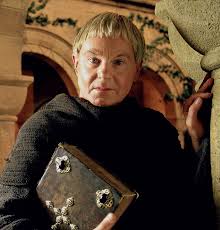 Healing
With a successful Intelligence check +1 at levels 3, 9, 12, 15, and 18 the Brother may heal 1d4 hit points lost in a single combat encounter, trap, disease, poison or other hit point damaging encounter. He can do this once per character per encounter. This is in addition to any binding of wounds rules.

Hear Noise
Brother can hear noise as a thief of equal. His chance to hear noise is 3 in 6 at first level increasing to 4 in 6 at 3rd level, 5 in 6 at 7th level, and 6 in 6 at 11th level. To use this ability he must stop all activity and concentrate.

Languages
Brothers receive Latin (or whatever your campaign church's official language is) as a bonus language at first level. With travel and study he learns to speak and write extra languages. He gains one new language at every third level. In addition, due to his studies, he has a 50 percent chance to read and understand the basics of any writing (including simple codes, dead languages, treasure maps, and so on, but not magical writings) that he does not speak. This chance increases by 5 percent every even level. If he tries but fails to read a piece of writing, he must gain at least one experience level before trying to read it again.

Lore
A Brother learns much from their studies and transcriptions of ancient writings and information learned from those seeking their guidance.

They have a 50 percent chance at first level plus five percent at each even level after (maximum of 100 percent) to know local legends, sites, famous or notorious individuals, etc.

Both Saving throws by the target are penalized by the Brother's level. At level one the Save penalty  is -1. At every fourth Brother level (4, 8, 12 ) the Saving throw is penalized by a cumulative -1 penalty.

Protection from Evil
Through the power of faith,and his will the Brother can pray and cast Prayer once per day  at 1st level and an extra time at 3, 6, 9, and 12. The spells function as written in the base rule books.

Turn
With faith and prayer the Brother can attempt to turn as a Cleric of equal level. This ability works on more than just undead. It also affects demons, fey, and other hostile creatures of legend. As long as the creatures are of Neutral or Chaotic alignment, the Brother can attempt to turn them. The DM has final say on whom or what can be affected. 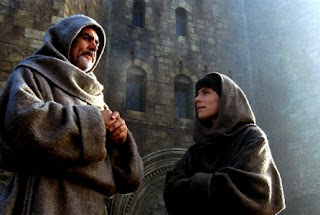 Posted by David Baymiller at 3:30 PM