Horror Trilogy: Bare Bones notes from an as yet unfinished adventure book. 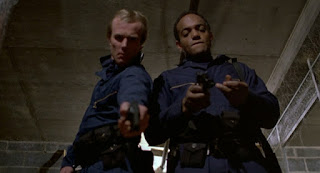 I made these notes at least ten years ago. It was originally for a friend's gaming company, Silver Gryphon Games. Life got in the way, especially on the owner's part and this project and others languished.

I'm currently revisiting a horror game for my group using the Black Hack variations which are out there. As such I decided to put these up here. Perhaps some DM out there will be inspired by them and use what they want or flesh them out for their own game. I'll probably flesh them out later for mine.

The book was to be a homage to seventies horror investigative shows such as Kolchak the Night Stalker and the Norliss Tapes. God bless you Dan Curtis.

The notes are EXTREMELY bare bones.

Horror Trilogy: The Axeman
SYNOPSIS
Trapped in the eye of a hurricane, the PC's take shelter in an old run-down
hotel with other refugees. But they are not safe as a series of gruesome axe
murders takes place during the storm. Allied with a paranoid PI who
believes the killer is the Axeman of New Orleans and an immortal serial murderer. On their own, surrounded by booby traps, a growing body
count, and a psychotic possible immortal killing machine they must survive
the storm and the Axeman.
THE ADVENTURE
Bakersville, LA
Hurricane Lolita
The PC's
Trapped by the storm in the run-down Gloriana hotel. Flood is rising and
help is hopefully on the way.
Murders in old cheap Hotel (three stories??)
NPC's
Eddie and Edith Vachelli, 60's, owners of the Gloriana. A harmless old Italian couple. They are scared to death of the hurricane.
Pauline Adderson, 36, maid at the hotel. Pauline is a struggling single mom. The hotel barely pays her bills but she is treated well and very loyal to the Vachelli's.
Billy Keene, 46, cook. Billy is a mild-mannered man with a slight creole accent. He generally keeps to himself.
Henry Martin, 42, handyman. Henry is a large but quiet man. He rarely associates with anyone in the hotel except Billy Keene whom he is friends with.
5 trapped guests.
Oliver Monroe, 58, reporter, currently unemployed.
Immortal Serial Killer. The infamous Axeman of New Orleans.
Paranoid retired detective on the trail.
NO EXPLANATION FOR KILLER'S IMMORTALITY. NONE NEEDED.
IT IS.

Horror Trilogy: In Dreams
SYNOPSIS
Ronnie Campbell is a very unusual boy. The traumatic death of his mother
and the constant bullying from a pack of teens at school have unlocked his
latent psi power. Immersed in the world of his books, games, and movies,
Ronnie dreams of the death of his tormentors, and in Ronnie's dreams the
heroes and villians of his stories come to life to kill.
THE ADVENTURE
Liberty, Arkansas
Ronnie Campbell, age 10. Trauma from his mother's death and bullying at school has unlocked his latent psi ability.
Popular movies, horror and sci-fi. Characters come to life as thoughtforms he
dreams up and kills his tormentors.
His dream doppelganger watches the murder from a distance as the killings
happen.
Clues to who is killed ( a little gang of bullies.) 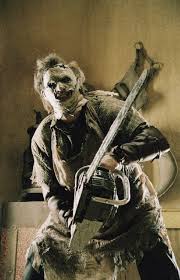 THOUGHT FORMS
Wolfman
The first. Killed Ryan Washington while walking home from the basketball
court one night. Claw marks and tracks are the clues (false conclusion:
animal, werewolf, etc).
Jason Voorhees
The second. Killed Dylan Petesky by hacking the boy to pieces with a
machete in the park while the boys were sneaking around smoking
marijuana. The other boys saw the killing. They also witnessed Ronnie's
doppelganger, but didn't recognize him.
Darth Vader
Attacks Paulie Peterson. PC's witness it. They also witness the doppelganger
at a distance.
Leatherface
Attacks Joey Gibbs.
PC's should find the link and be there. We hope.
Kong
Once the PC's have become a threat to Ronnie's subconscious, it will send
Kong after them. It will pursue them to the death.
This is a good opportunity for a LOT of chaos.
STOPPING RONNIE
The only way to stop Ronnie permanently is to stop his dreaming.
This can be done with drugs, a lobotomy, death, or some other permanent
solution to keep from dreaming.
INTRO
The Town
The Murders
PC Involvement
CLUES
Bodies
Witness to second killing.
THE TIMELINE
xxxx
LOCATIONS
xxxxx
NPC's
Ronnie
The Bullies
Parents
The Thoughtforms
The Cops
The Dr's
National Guard
Horror Trilogy: The Pentagram Murders
Prominent members of a small town are being torn apart by a demon. They
have publicly admitted they are former members of a satanic cult and accuse
their leader, a witch, of summoning the demon to murder them and take their
souls. As a skeptical police force and citizenry do nothing, the PC's must
stop the witch and her demon before they cause further death and destruction
beyond her former cult members. AND since the PC's are now actively
involved they become targets too

Posted by David Baymiller at 1:47 PM