Weapons.
I've included firearms/blaster ranged combat rule mods that I use. Found below the weapon table.
Most of it is pretty self explanatory, same old D&D: roll d20 to hit AC. Ta da. 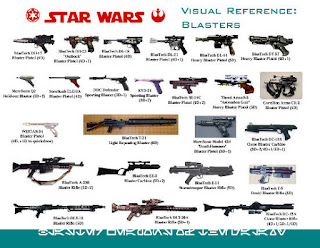 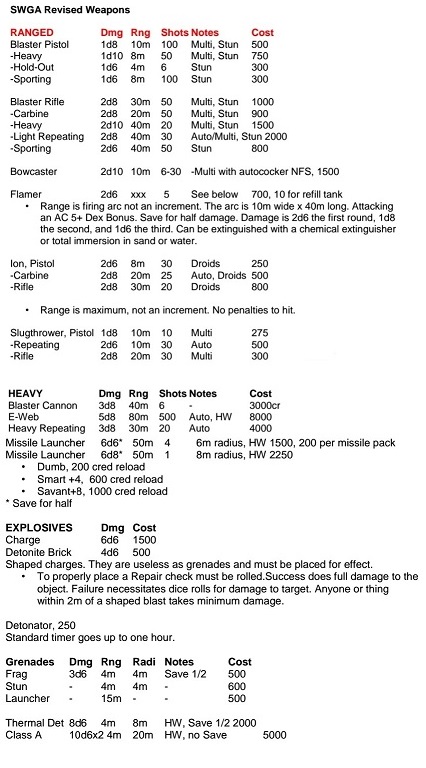 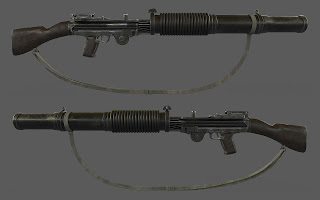 Fast Draw Initiative
A character can draw a weapon and use it in the same round but with a penalty of -3 to the initiative roll and a -2 to the attack roll.

This can be further modified by character ability such as the Bounty Hunter and Smuggler fast draw ability and equipment bonuses or penalties .

Example:
A 5th level Scoundrel has a +1 Dex bonus and a +2 Fast Draw bonus for a total of +3 to his fast draw initiative . Pulling a blaster pistol he rolls a 5 on his initiative -3 for pulling a weapon in the same round +3 for bonuses for a total of 5 on initiative.

Range
Firearms have ten range increments, and suffer a  –2 penalty per increment after the first.

Point Blank
Within 10' of a target (5' for derringers) the shooter gains a +4 bonus to hit. 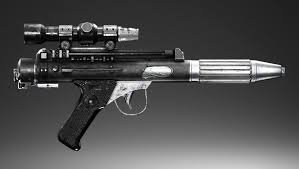 Aiming
Take a round, gain a +2 bonus to one shot. The attacker can do this for two rounds (no more) for a +4 bonus to hit.

Rate of Fire
Anyone can make one attack per round with no penalty. The basic careful shot.

Follow Through with and Blasters/Firearms
Characters who have follow through as a class ability can use it with Multi and Auto fire for an extra attack or two. Use the first shot to determine if a follow through occurs. If it does then the extra attack(s) are immediately taken followed by the rest of the normal Multi or Auto attack. If used with a standard one attack no penalties are incurred. All penalties from  Multi or Auto-fire are incurred by the follow through(s).

Multi-fire
The attacker can take two shots per round with a –2 per shot.

Auto-fire
The attacker can make three attacks per round with a -2 penalty per shot.
May attack two targets with one attack if they are within 2m of each other. Each attack uses 2 units of ammunition if using a blaster pack, bullets, etc, full burst of three shots would use 6 units of ammo.

Reloading
Blasters and slug throwers which require a magazine take one round to reload and ready.
With slug throwers a desperate shooter can hurry the reload and attack with a –2 penalty to his attacks that round.

Stun
Switching to stun mode (if available) is a free action.

If a target is hit with a stun shot he must make a Constitution check.
If failed he is incapacitated for 1d6+6 rounds.
If the Con check is made all actions are at a -2 penalty. This is cumulative with more shots.
This penalty lasts for 1d6 - Con bonus in rounds and is cumulative with each additional stun shot and Con check. The cumulative penalties are in effect until all of the cumulative time is run out. He does not drop from -6 to -4 to -2 to 0 penalties. All are in effect fully until the penalty time runs out.

Example:
A Wookie is hit with two stun shots in a round and makes his Con checks. He has a total of -4 penalties to all rolls and the length of time is determined to be  5 rounds after rolls and bonuses are taken into account. Two rounds later he has 3 rounds of penalties left but he is shot again and makes his Con check. His penalty total is now -6 and the length of time is extended by 2 for a new total of 5 rounds. The Wookie must escape or kill his attackers or he will eventually fail his Con checks with the penalties as they keep piling on.

Ion
Ion damage only affects Droids and electrical devices/entities. Ion weapons inflict the listed damage and stuns the Droid/device for 1d6 hours. A Saving throw is allowed to cut the damage and stun time in half. 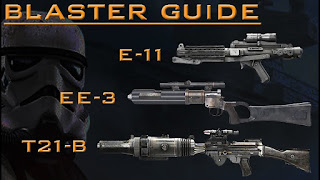 Two Weapons
-2 penalty primary hand, -4 off hand.
You can use the multiple attack options with this.

Example: firing two Multi-shot blasters twice.
-2 for each shot is added to the Two Weapon penalties for a total of -4 primary/-6 secondary with a total of four shots.

This is reduced with Point Blank fire (see under Range above.) 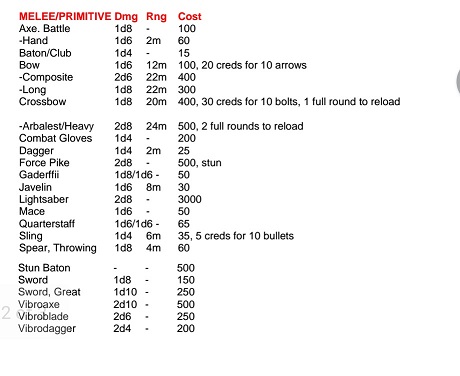 Lightsabers
Lightsabers can use Str or Dex bonus to hit and ignore all personal armor and up to 10 points of DR on vehicles and starships.
Some materials such as cortosis and mandalorian iron can resist lightsabers but are rare and expensive. Force pikes and electro-staffs were also able to withstand a lightsaber. 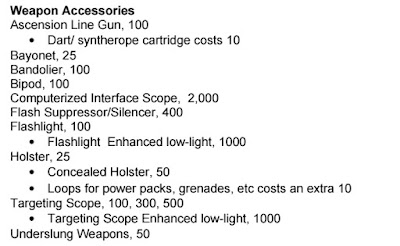 Posted by David Baymiller at 12:38 PM