Caveman Vs the Fire Apes! A Classic/OSR Funnel Thingee...

I love the idea of a funnel: low level characters run en masse, sent into a bloodbath to see who survives. They are great for one-shots when not all players can make it, you need a break as DM, or you just want to murder large amounts of characters for fun and amusement.
I've run a few and this one is the latest.

To start we'll need some cavemen..... 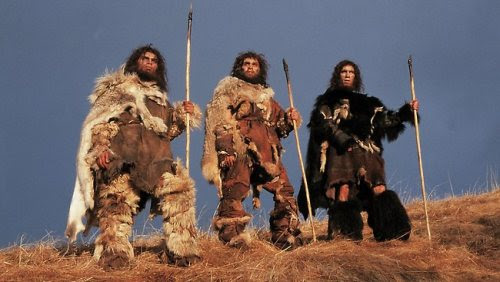 THE CAVEMEN
Each player has four Cavemen
HD: 2d8 hit points each.
Base to hit: + 2/as Fighter plus the usual stat bonuses.
Save: 13/as Fighter

Special Abilities:
+1 Ac due to gristle and inherit toughness.
+4 to Str checks for climbing if a roll is deemed necessary.

Weapons:
Made of stone, wood, and bone and vulnerable to breakage. When each weapon rolls maximum on it's damage dice it has a 1-2 on a 1d6 of being damaged. If it is damaged the damage dice drops by one dice. When it goes below 1d4 damage dice it is useless as a weapon.

Extra:
The tribal shaman has whipped up a batch of healing paste. Each Caveman gets one dose. When taken it heals 1d4 Hp.

Allow them to have grass rope, fire-bow and kit for making fires, water skins, etc.

THE SETUP
The women of the PC's tribe have been kidnapped!
Apemen of the fire-lands have raided and killed many while the Pc's were off hunting. They are tasked by the tribal shaman to retrieve them. 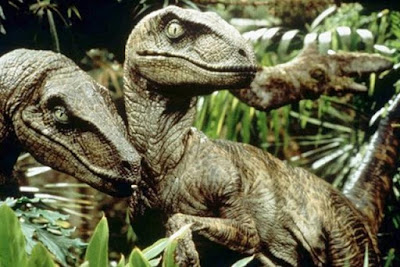 Posted by David Baymiller at 12:31 AM