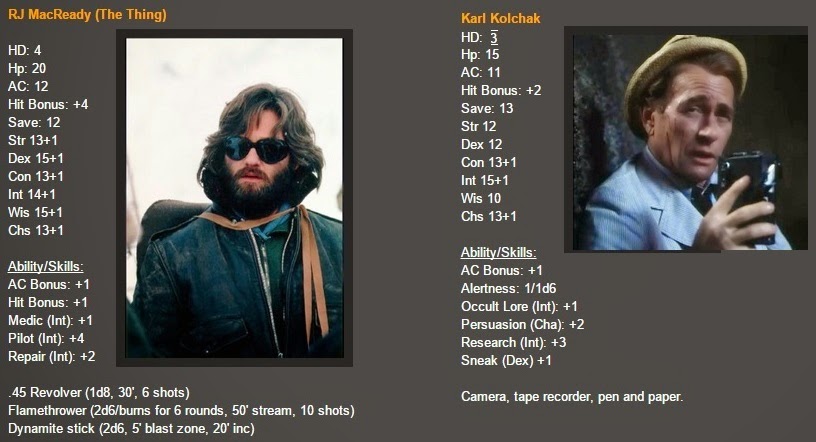 What is this?
This is an emulation of 70's, 80's and 90's classic horror films. The Thing, Friday the Thirteenth, Dawn of the Dead, Nightmare on Elm Street, The Nightstalker, Halloween etc etc. Survival horror films where most, if not all of the cast, is going to very likely die horrible deaths. These are almost always ordinary people trying to survive, not by spells or fantastic fantasy abilities, but surviving with cooperation and clever plans. It's a challenge and it can be a real blast to play.

To make it even more fun we needs a quick build PC for these games. Got split with an axe? NO problem. Take two minutes, make a character, and get back into that meat grinder! The PC's are easy enough to play two or three with minimal book-keeping. Split up the party. Enjoy.

Why use OSR based rules?
I like them. I've used D6, BRP, and other skills based systems for this type of game but I want to be able to run this in a game system familiar (ingrained?) with a large base of players. Yep, surprise on a 1-2 on a 1d6. Go it. Hit points and levels/Hit Dice. Yessir, know it. Str and Dex bonus to melee and to ranged attacks. Yup.
Basic and familiar. Christ most of us probably don't even need a base book for most of this.

Using the familiar systems I also want character creation to be fast. Damn fast. Easy but comprehensive stats for customizable characters. I want you to be able to build archetypes found within the horror movie genre, combat and non-combat, with little trouble.

There is also the options of  add-on rules such as sanity, driving, or other extras I've come up with to expand the game if necessary. It all depends on the level of complication desired. But at the heart of it all is the idea of easy fast characters getting chased around and slaughtered by a maniac and his best friend power tool. 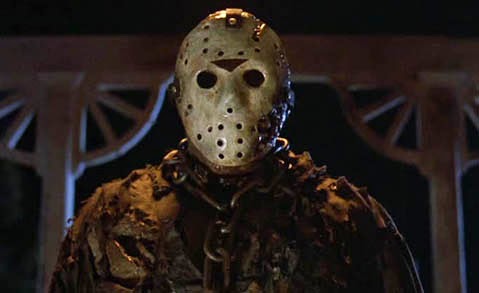 Here's how we make the characters a very quick build.


SURVIVAL HORROR PC'S
HD: 1d6 per level.
There is no experience. The DM decides at what level the PC's start at. If they surive (good luck) and there is a sequel the DM may raise the PC's one level.
HP Limit: 5 HD. Characters can continue to go up in level gaining hit bonuses, better Saving Throw, Ability/Skill points, etc but gains no more hit points unless the Hit Points Ability is taken.
Save Throw: 15 at first level, drop one per level, minimum of 5.
Hit Bonus: +1 at 1, 3, 5,7,9
Ability/Skill Points: 4 at 1st level, 2 each level after.

Attribute Score/Skill Checks:
Using common sense is the first rule. If there is absolutely no chance of success don't bother to roll.

The DM may also use the skill bonuses for appropriate Saving Throws.

Abilities:
All  Abilities except Alertness can be taken more than once. Each time you an ability costs the base skill point(s) listed in parenthesis after the name of the ability. The levels at which they can taken again and the effect of spending more points on them are noted in the base descriptions below.

Security
Picking locks, bypassing electronics, etc. Getting in where you don't belong.

Fly
If it flies, use this.

Medic
Diagnosis and treatment. To bind wounds the Character must make an Intelligence check with this bonus included. Success stops hp loss after zero and, if used above zero hp, adds back 1d4 hp after any combat has ended.

Charisma
Intimidate
Using forceful presence to get what you want. If the DM decides that the character is horrifically ugly, scary etc he may give a large bonus to this to compensate for a low Charisma score.

Persuade
Manipulating someone to see your point of view or calm down.
Includes bribing, appealing to logic or good nature, etc.

The skill list is a most basic list.
If you don't want generic skills and want to add specific skills for characters simply make one up. 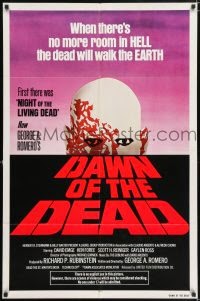 Posted by David Baymiller at 12:18 PM