I wanted a more folkloric traditional take on magic; more fairy tale cursing, heading to black masses kind of witches than the standard fire and forget spellcasters of traditional D&D style games. These options are for use with games such as my Colonial and Victorian games; games which seek to emulate a historical pseudo-setting. Brother's Grimm and Gothic Horror instead of Tolkien fantasy. I'll also be using a few new magic classes with these options. The Witch, the Magician, and the Alchemist (when I get around to that one.) 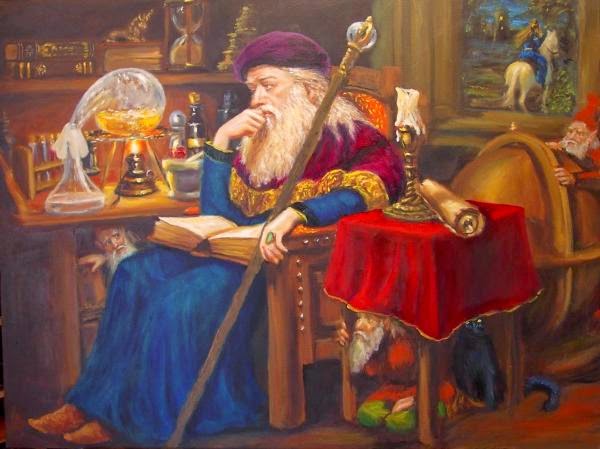 Spells and Spell Slots
Magic users in these settings (necromancers, witches, wizards, sorcerers, etc) use spell slots as in normal Old School games. They do not, however, memorize spells daily. They may freely cast any spell known up to a number of times per day as shown in the spell slots column.

Thus in Labyrinth Lord a 7th level Magic User can cast 3 first level spells per day. In these setting rules he does not have to memorize which three, but can cast any he knows as he needs them, even if it's the same spell up to the three per day limit.

Beginning Spells
First-level magicians start with a spellbook that contains three first-level spells (player’s choice) and one second-level spell (player’s choice).  All other spells must be found, learned from a tutor (usually as an apprentice or a servant or other favor), or purchased (also usually for a steep fee).

Read Magic
Grimoires and other magical writings are often written in codes or even old or possibly alien languages. Read magic allows these to be understood. 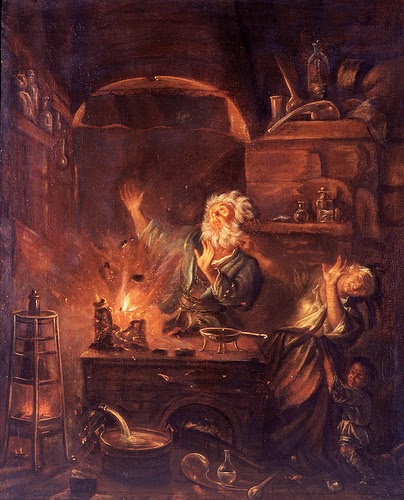 The magic user may cast rituals in place of personal spells if so chosen by the caster. Each ritual cast costs the caster the daily spell slot of the spell cast.

Ritual Casting Time:
Ten minutes per spell level (cannot be interupted or stopped once it has begun or the spell is lost and the slot forfeited.).

Benefits of Rituals:
Range is one mile per caster level.
Sympathetic magic (piece of persons body, possession,etc) adds a two penalty to the targets saving throw (if allowed.)

As an option the referee may wish to impose specific component requirements on certain spells particularly for those 7th level or higher. 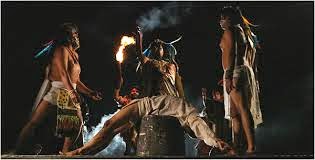 The magic user can also make sacrifices to boost he power of the ritual. It is a dark option, but an option none the less.

An animal sacrifice will cause those targets whom get a saving throw to avoid the effects of a ritual spell cast upon them to do so at a two penalty to that save.

A sacrifice of a human being will garner the benefit of animal sacrifice plus the magic user will cast the spell as if he were a level higher.

Those whom are caught sacrificing humans will usually be showed no mercy by their neighbors, court, and church. 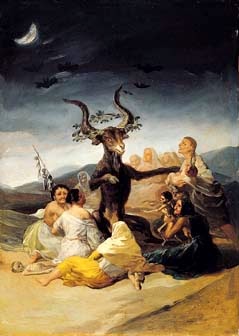 Infernal Magic
In exchange for power, the magic user  can make an Infernal pact with the forces of Hell. In doing so, the magic user forfeits her immortal soul for this power.

Any spell cast or ability used which requires the victim to make a saving throw penalizes that saving throw by two. In addition the magic user  gains a familiar.

The magic user has a few obligations to go along with the gain in power:
She must serve the powers of darkness in any way possible, causing mischief and strife in her community, using spells and rituals to curse and bewitch her neighbors.

Once per month she must attend a Sabbat, a meeting of witches, warlocks, and other practitioners of the dark arts whom have pledged themselves to the forces of Hell and must renew to pledge her loyalty to the forces of Hell and it's representatives at the Sabbat. Spells, potions, charms, and all manner of devilish knowledge are exchanged at these Sabbats. It is said the Devil himself sometimes attends.

Familiars
The magic user  gains a familiar; a small toad or cat is common. The familiar is the magic user 's spy, and with total concentration (no movement, fighting, casting, etc) the magic user  can see through the eyes of her familiar.

The familiar adds one level to the magic user . This includes all extra hp, saves, spells, bonuses to abilities, etc.

If the familiar is killed, the magic user  loses all of the bonuses of the familiar until the next Sabbath, where a new familiar will be attached to her.

Those who go down this Infernal road are in great peril if caught.
They should be considered evil in the game.
The penalties for being accused of black magic and Infernalism are severe, and no mercy will usually be shown if the accused is proved to be a minion of the Devil. 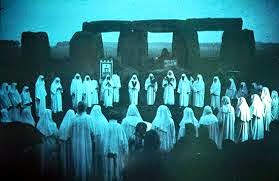 Posted by David Baymiller at 9:10 AM