Basic Land Cannons
Threw together some basic cannon rules for a bit of fun carnage. 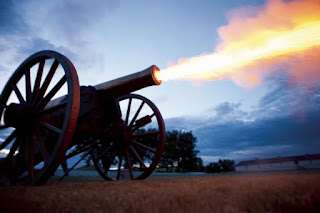 First up: I'm keeping it simple.
Cannons are complicated; there are many different types and designs over the centuries. Ammunition sizes vary greatly depending on the size of the cannon and its purpose. Even the name cannon does not apply to what we generally call 'cannons.' Culverins, demi-culverins, demi-cannons, guns, etc. That's more than I want to get into so I'm keeping it simple for these land cannon rules. Galloper, field, and siege.

Galloper
Lighter artillery guns firing smaller shells they were designed to be pulled by a single horse in front of  the gun and carriage with the intention of keeping pace with fast troops and possiblly cavalry. This was often not the case as gun crews were still on foot and the ammunition trundled along behind in ox-carts. This category can also represent small swivel guns. 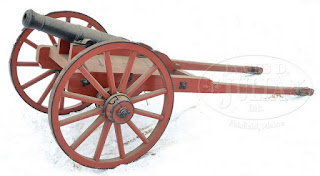 Field Cannon
Standard artillery guns used by most nations which were typically sited before a battle and not moved until after. This the the type of gun most people think of on a battlefield with wheels on the sides for easier placement and transport. They were used on ships and fort walls. These guns were often captured as the battles swept across the field and their loss was considered a typical even. 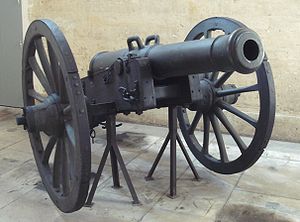 Siege Cannon
Massive guns firing up to 60lb or larger shells. These monstrosities were mostly used to batter down walls. 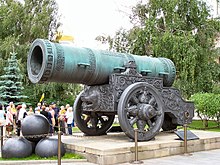 Ammunition
Round Shot (link)
Standard iron ball.
Rolls 1d4x10' from point of impact. If plowing through ranks of men it does possible damage to everyone or thing in a 5' path along its trajectory. Those in its path may make a saving throw to take half damage. If the save is made by 5 or more the victim takes no damage.

Chain Shot
As above except the damage path increases to 10'. 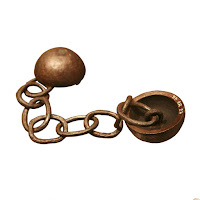 Canister Shot (link)
Used with Gallopers and Field cannon. A Canister round is a can or other container packed with dozens of musketballs or other projectiles which fires out in a cone like a giant shotgun.

Canister rounds are not designed specifically to penetrate cover. They are best vs masses of troops in open fields or open decks. All cover bonuses are added to the Saving throw of those under cover.

Grapeshot
Similar to Canister Shot this load was primarily (but not always) a naval round using fewer and larger balls, had a much shorter effective range, and was expected to hit targets behind cover. When fired it comes out in a cone with a width of 30' per 100' travelled. Every target in its zone must make a Saving throw with a +2 bonus (fewer balls) or take 2d6 damage from the shot. Every 100' past this the target gains a +4 to their Saving throw.
In addition GS ignores 4 points of cover bonus to the Saving throw. 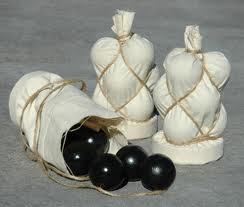 Improvised Explosives
Simple iron balls with gunpowder and fuse were used as grenades.
Sometimes you really had to kill a bunch of motherf@ckers and roll a lit powderkeg at them.

Fused Grenade
2d6, 10' blast radius.
Roll 1d6
⦁ 1-3 explodes at end of round thrown
⦁ 4-6 explodes on thrower' initiative the next round 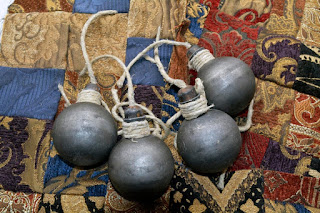 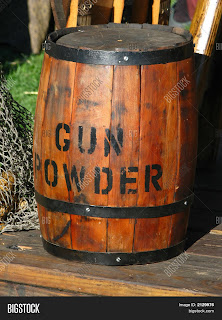 Posted by David Baymiller at 4:55 PM