An idea for the new Apes Victorious! game from Goblinoid Games mentioned on their G+ community for the game.

The gist is these are optional human classes.
Military men and women and scientists placed in special cryo-bunkers before the final Atomic War, a last ditch effort to rebuild what they thought would be left of humanity, buried and lost to time until an earthquake or perhaps Ape explorers awaken the dormant atomic-powered bunker and it awakens the personnel who survived. Armed with military tech scavenged from the ruins of the bunker they make their way into the Ape world.

I brainstormed these up in a few hours, reskinning and mixing existing Astronaut and Ape class abilities together. I doubt this will be the final form but it's a start for now. 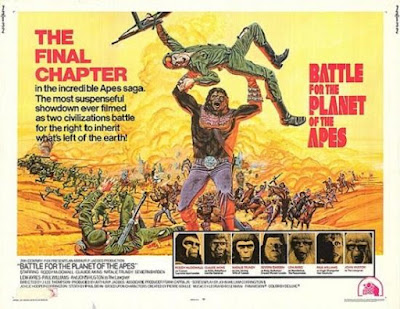 New Human Classes
All Humans have the following Ability (as Astronaut)
Because of their education and experience with technology from their home time, they will be able to discover the use of human artifacts with no roll required. However, if trying to determine the use of Underdweller technology they may do so with a base probability of 50%, +5% per level with a maximum of 95%.

At ninth level all humans gain the followers and ability to start a new settlement (As Astronaut.) They do not gain the ability to research astronomy or earth sciences as Astronauts do. 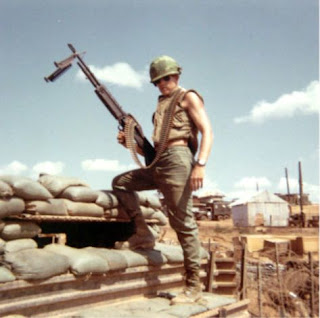 Soldier
Requirements: STR 9
Ability Adjustments: None
Prime Requisite: STR
Hit Dice: 1d8
Maximum Level: None
Attack As: Astronaut
Save As: Astronaut
Soldiers may use any weapons and armor.

Defense
Human Soldier are better at avoiding damaging due to training at dodging, blocking, parrying, etc.
-1 to attackers’ to-hit rolls. (As Bonobo)

Rifleman
Highly trained and familiar with firearms they receive +1 to-hit rolls with all firearms, Ape, Astronaut, or Underdweller. . 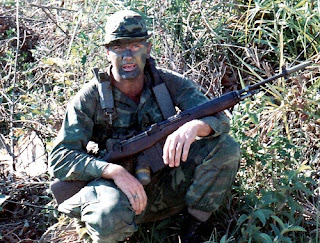 Scout
Requirements: DEX 9
Ability Adjustments: None
Prime Requisite: DEX
Hit Dice: 1d6
Maximum Level: None
Attack As: Gorilla Soldier
Save As: Astronaut
Scouts may use any weapons and armor.

Back Stab
A Scout is adept at using move silently and hide in shadows to gain a bonus of more damage. If the target is unaware of a Scout he gains a +4 attack bonus and damage is doubled..

Track
The Scout is skilled at tracking. The base chance to do so is 50 percent plus 5 percent per level after 1st level.(maximum 95 percent.) This roll can be modified by the DM for circumstances such as tracking across soft mud, tracking across snow, the quarry is trying to hide their tracks, etc.

Move Silently and Hide in Shadows
(As Bonobo) These Areas of Knowledge are treated just like an Astronaut with the exception that Scientists ARE strictly scientists and have an advantage over Astronauts: the Scientist recieves a +1 to their chance on a 1d6 of success.

Fore example: a 5th level Scientist has knowledge in Life Sciences. His chance of success is 1-4 on a 1d6 due to the +1 bonus. An Astronaut of the same level would have a 1-3 chance.

Chimpanzee Areas:
Archaeology
Scientists with this area of Knowledge can study the various societies on the planet with records and examination of sites learning about their customs and other information to help navigate their way in this new world. Like a Chimpanzee they can spot hidden or concealed entrances or passages in ruins or underground structures, even those of Underdwellers, on a roll of 1-2 on 1d6 and locate previously unknown sites of previous occupation on a roll of 1 on 1d6.

Behavioral Science
Attempts sat empathy are identical to a Chimpanzee's with observation for three rounds for emotional state, lyng, etc. However, the first attempt on an Ape or Underdweller requires a 1-2 on 1d10 for success. After at least one success the chance increases to the normal  1-2 on 1d6 for the species the success was made for.

Medicine
This follows the exact same guidelines and abilites for Chimpanzees.

Research
Just like Chimpanzees a Scientist is able to conduct research on topics in their Area of Knowledge with a base percentage of success equal to 50%, +5% per level.
All other considerations still apply: timeframe, frames of reference, tools and facilities etc.

For advanced technology found with the Underdwellers the Scientist has a better chance than Chimpanzees at understanding it due to its foundations of old Earth technology. Their base chance is 35%, +5% per level.

Human Weapons
The humans use the same pistol as the Astronaut pistol, as well as grenades equivalent to the Ape grenades.

Humans use automatic rifles doing 1d10 damage per shot and can fire two shots per round. The rifles hold 30 rounds of ammunition which is very rare to find. The human starts out with as many magazines of ammo as the Ape Master allows. More ammo will have to be found in other bunkers, etc.

The humans also have submachine guns which do 1d8 damage per shot and can fire three shots per round, The submachine gun holds. 30 rounds of ammunition. The ammo situation is as the automatic rifle above.

The humans also employ a large belt-fed machine gun. It does 1d12 damage per shot and can fire two shots per round. It is fed by a belt of cartridges, manufactured 100 rounds to a belt. Ammo situation as above.

Humans also have single shot grenade launchers. They fire grenade ammunition using the same damage as grenades and the range of a pistol. They can be arced over walls,  barricades, etc. Ammo is of course extremely rare.

The humans have bazookas, recoil less single-shot shoulder-fired rockets in a tube.
Damage is 10d6 in a 40' radius. These are extremely rare and ammo even more so. Pretty much a one time deal folks.

Human Armor
Human armor is similar to Ape armor. Their is no mechanical difference.

Posted by David Baymiller at 2:52 AM